Skip to main content
The University of New Mexico 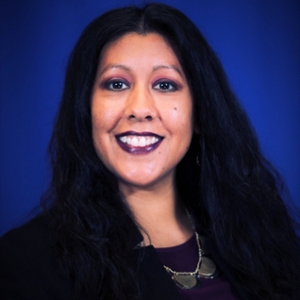 Prior Experience: I joined the State Department right out of grad school as a recipient of the Thomas R. Pickering Foreign Affairs Fellowship. The Fellowship selects talented young people from underrepresented groups to pursue a career in the Department’s Foreign Service.

Interesting Experience: When I was the Public Affairs Officer (head of the public affairs section) at the U.S. Embassy to the Holy See (Vatican), I got to meet and shake hands with the Pope! Pope Francis had just been elected a few months before I arrived at post and at my first official Vatican function, I got to meet him. Being raised Catholic, this was a big moment for me and my family. Oddly enough, that first official Vatican event I went to was part of a celebration of Wisconsin-based motorcycle company Harley-Davidson’s 110th anniversary.  The company gifted the Vatican police force two white motorcycles. The Pope, me, and a hog – who could have imagined that photo op! I met the Pope several more times over the course of that assignment and I had the chance to work with the Vatican, NGOs, and other religious organizations to advance important global issues such as combatting trafficking in persons, advancing human rights, and promoting care for the environment.

Why I Chose a Foreign Service Career: History was my favorite subject in high school and I loved looking at all the pictures of historic places in those books. I yearned to visit them and learn more about other peoples and cultures and places, but never had the resources to travel. So when I heard at an information session about the Foreign Service while I was an undergrad student at Georgetown that I could get paid to travel the world, I was definitely intrigued! I also felt strongly about public service and making a positive impact on the world, making life a little more peaceful and prosperous for all global citizens. And I wanted to be a different face of America, both to those overseas who only thought Americans were people they saw in movies and on TV and to young people back home who might not have seen people who look like them in these positions or who might not have thought this career and life were possible unless you came from a certain background. This career has been the adventure of a lifetime. I’m so glad I chose this “road less traveled by”; it truly has made all the difference.

For information on State Department opportunities – please email:   DIRSouthwest@state.gov.  Visit the US Department of State website https://careers.state.gov as it is an excellent resource.